GOAL: To introduce the audience to chelicerates and their basic characteristics. Namely:

BACKGROUND: Like all arthropods, chelicerates (a subphylum of the Phylum Arthropods) have segmented bodies with jointed appendages. They have an exoskeleton made of chitin and protein and must molt their skin to grow. The living chelicerate groups include the Arachnida, Pycnogonida (‘sea spiders’) and Xiphosura (horseshoe crabs). Chelicerates are an ancient group of animals that likely originated in the Cambrian period (~541 – 485 million years ago). An extinct group of chelicerates, eurypterids (sea scorpions), are known from fossils dating back 445 mya. Eurypterids were giant predators of the Paleozoic seas; they represent the largest known arthropods that ever lived, reaching more than 8 feet in length. 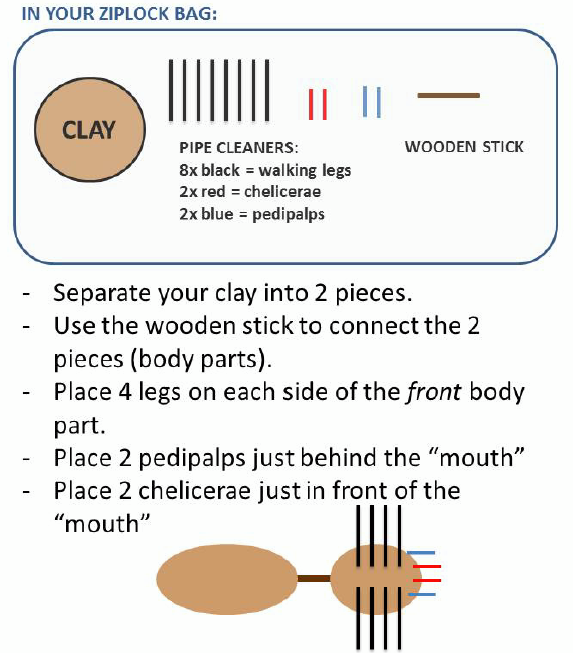 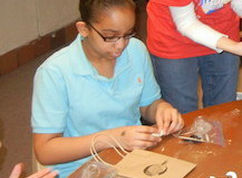 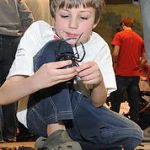