GOAL: This game illustrates one of many unusual hunting strategies exhibited by spiders and highlights the diversity of ways in which spiders can use silk.

BACKGROUND: Bolas spiders are orb-weaving spiders that no longer build typical orb webs. Instead, these spiders have evolved a unique hunting strategy that involves placing a sticky drop of silk at the end of a silken line (referred to as a ‘bolas’; thus their name). This sticky droplet contains chemicals that mimic the pheromones of moths, thus luring unsuspecting males to their ultimate death! As a male moth approaches, looking for what it believes to be a mate, the spider swings it bolas and lassos the moth out of the air! One species of bolas spider, Mastophora hutchinsoni, has been shown to even adjust its pheromone blend in line with the activity patterns of two local moths: (i) the bristly cutworm moth and (ii) the smoky tetanolita moth. The spider produces components of both species’ pheromones at all times, but as the bristly cutworm moth becomes less active over the course of the night, the spider decreases its emissions of that species’ pheromone blend! The young of M. hutchinsonineither build orb webs nor use bolas, but instead ambush prey from the underside of leaf margins. 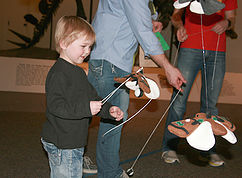 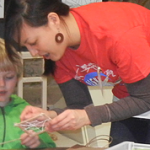 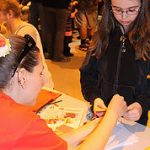